Long time right? Hopefully, this recipe will redeem me a little..
We're all trying to low carb around here and sometimes you want something super sinful and indulgent. Sometimes your husband wants a 'roast beef wrap' and well, in the moment, that sounds boring, so you stay in that lane, but drive a LOT faster to a destination mash up of
-Philly Cheesesteak Enchiladas. What? Yes. 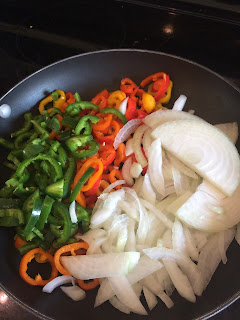 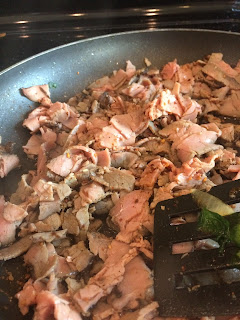 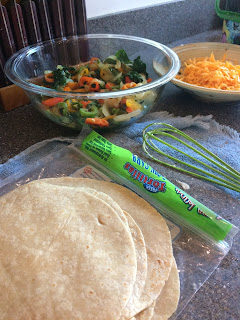 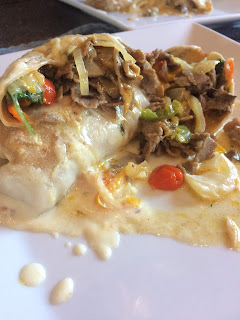 The hardest part? Other than the wait when they get out of the oven so you don't scald your mouth? Is the cheese sauce, and even that isn't THAT big of a deal.

To make the cheese sauce-
Medium sized sauce pan
1/2 cup heavy cream
1/2 stick of butter
Once the butter melts and it gets all nice an hot add the cream cheese and whisk it up (I encourage melting the cream cheese a bit in the microwave first b/c it just helps with the mixing in)
once that looks nice and blended/creamy THEN add in the shredded pepper jack and stir until melted and cheese-saucey (Here is where you might need more cream or a little more butter-just eyeball it until it gets to the drippy cheese texture you want) Mine, despite LOOKING perfect, felt a little bit grainy-but it tasted good, so I went with it..moving on!

In a pan saute up your onion and peppers  (feel free to use part of the butter..)-once they are cooked to where you want them, add the spinach and wilt it all up together, then set aside

Same pan once the veg is out? Add a little butter and that london broil just to warm it up and make it feel like it's part of the group. I added standard salt, black pepper, garlic powder (you can add whatever at this point for how you want it to taste). It's cooked meat, so don't let it go super dry/leathery..just heat it up a bit.

Time to assemble!
1 tortilla + eh, 2 tablespoons of sharp cheddar (give or take) + veg mix + meat
Roll it up, seam side down in a casserole dish.

Out of the package of 10 tortillas, I was able to have enough filling for 9...I'm sure I could have stretched it if I really wanted to.

Once they are all in the pan-dump all the cheese sauce on top-then pop it in the oven (350 should be fine) for about 25 minutes. Long enough for that cheese to infiltrate all the wraps and it all looks bubbly and awesome.

I'll make this again for a more exact calorie/carb count (and b/c it tastes REALLY good)-but it's around 9.5 carbs PER enchilada. However, when I was running the numbers, most of the carbs came from the peppers/onions...I didn't factor out the net carbs so that might change things. You could drop those altogether if you wanted to, it would just drop the philly vibe a bit.

Either way, it's lower carb than traditional philly (you know, one on a bun!).You could easily sub in a different meat if you wanted-I mean I used deli meat...I'm thinking a chicken philly variation would be tasty too!