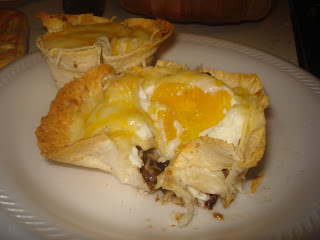 I rooted for Melissa d'Arabian on The Next Food Network Star...and I'm glad she won...but now her show for me is hit or miss(actually ALOT of the FN shows are, but I just keep a'watchin). But a couple weeks ago...BIG hit. HUGE-get in the kitchen and make it NOW hit. Do you ever get that when you watch a cooking show? Even though I try to carefully plan out the meals for the month, this recipe insisted that I rearrange some stuff and make it...soon! And it was good...it was so, SO good! My head right now is in the throws of "March meal planning". And I'll admit..as much as I enjoyed the ease of things (food related) in February...I felt kinda stifled. Like a big wet towel thrown on my cooking creativity..b/c it was all laid out for me. But, there was really no denying that it worked/is working. A couple of February's favorites will return for March...but I'm gonna try to mix it up. AND it kinda kills it for blogging too..b/c I'm not making 'new' stuff..I'm making the same ol stuff...hrm....the wheels in my head, just keep turning! A couple of TV thoughts...then onto the recipe!! TV thought #1-I was NOT impressed with Glee this past week. It was just meh. I think so far this season, my favorite episode was the Gwyneth Paltrow one...LOVED it. TV thought #2-I am LOVING Off the Map. I'm really hoping that ABC keeps it around! However they seem to have a weird way of axing EVERY show I really love-Eli Stone, Dirty Sexy Money, and Pushing Daisies. Huevos Rancheros Cups (adapted from foodnetwork.com) 10 flour tortillas (I used 8 inch and cut them down to around 5 inches) 10 eggs 1 /2 cup-1 cup pepper jack cheese 1 can of black beans (I used some that had already been seasoned with cumin and chili powder) cooking spray Oven at 400 degrees. Nuke your tortillas to really make them pliable (12 seconds for 3-4 tortillas) then spray with cooking spray and form to the cup of a cupcake tin. Spoon in about a tablespoon of beans top with egg (Yes, raw egg..it cooks in the oven) Bake for about 5-7 minutes, then remove from oven and top each cup with some pepperjack cheese-cover pan with aluminum foil (to avoid the tops of the cups burning) and return to oven for another 5-7. The goal is to have the white of the egg cooked through, but still a nice gooey, soft center. Top with salsa and sour cream if you want to!

Suzanne said…
Guess what I will be making for breakfast Saturday morning before we hike? Go ahead, guess! :)
February 25, 2011 at 7:02 AM